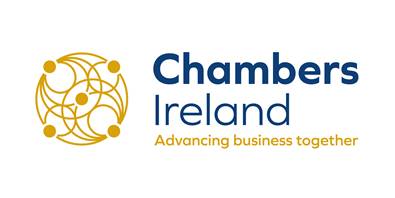 Chambers Ireland welcomes news that the Temporary Wage Subsidy Scheme (TWSS) will be reformed so that those returning to work from maternity and adoptive leave will be eligible for inclusion.

“In submissions to Government, and in a statement earlier today, we called for immediate action to ensure that workers returning from maternity leave, and other forms of caring leave, would be included in the Scheme.

This afternoon’s announcement from Minister Donohoe is welcome in this regard. As we move to reopening the economy, it is more important than ever that we enable labour participation, and do not create new obstacles to remaining in, or re-entering, the workplace.

We also welcome Minister Doherty’s announcement, that her Department will be extending the suspension on redundancy entitlements from the end of this month to the 10 August. This will give clarity and certainty to employers and employees as they plan for the months ahead.

Although Government continued to give positive indications that the Wage Subsidy Scheme might be maintained beyond the existing cut-off point, we are disappointed that there were no further updates in today’s announcement. Business still lacks clarity on what will, or will not, be in place following the June deadline.

Without this certainty, businesses cannot plan for their reopening until they know what the government will do to support them.”

Today the DLR Chamber is the biggest business organisation in Dún Laoghaire –  Rathdown, representing more than 500 members and affiliated businesses. We  strive to enhance the economy and create an environment where business  prospers, and people thrive.

What we do for you and your business

B2B Online Networking
Scroll to top
Message Us on WhatsApp